Railway stations all over the world create a map of connected points, where time never stops and people swift like a wind. The Central Station in Warsaw is one of millions of stops, where time with passengers inexpensive ride on the track. The station’s ambience is full of queues at the ticket offices, congestion, tight for space, scrimmages, radio announcments, the tickets purchase, etc .
Watching that constant haste of traveling people, where they often seem lost before entering the train, finding themselves in a big, busy train station, it is thought to create a system that could help to reliese stressed travelers. In this whole hubbub, passengers need to use toilets where the human movement freezes. the voice of speaker stops, and we locked up in the four walls we lose contact with the atmosphere of the railway station. So, using bathroom at the railway station is quite often connected with lack of control over the situation at station lobby.
We decided to propose Media Walls in public toilet fulfill with CCTV monitors placed on the walls, so the users could easily find which banks to approach or to have information about departure changes from the platforms, or to observe a nearby taxi rank, or a bus loop., all to increse the feeling of control over the situation around. 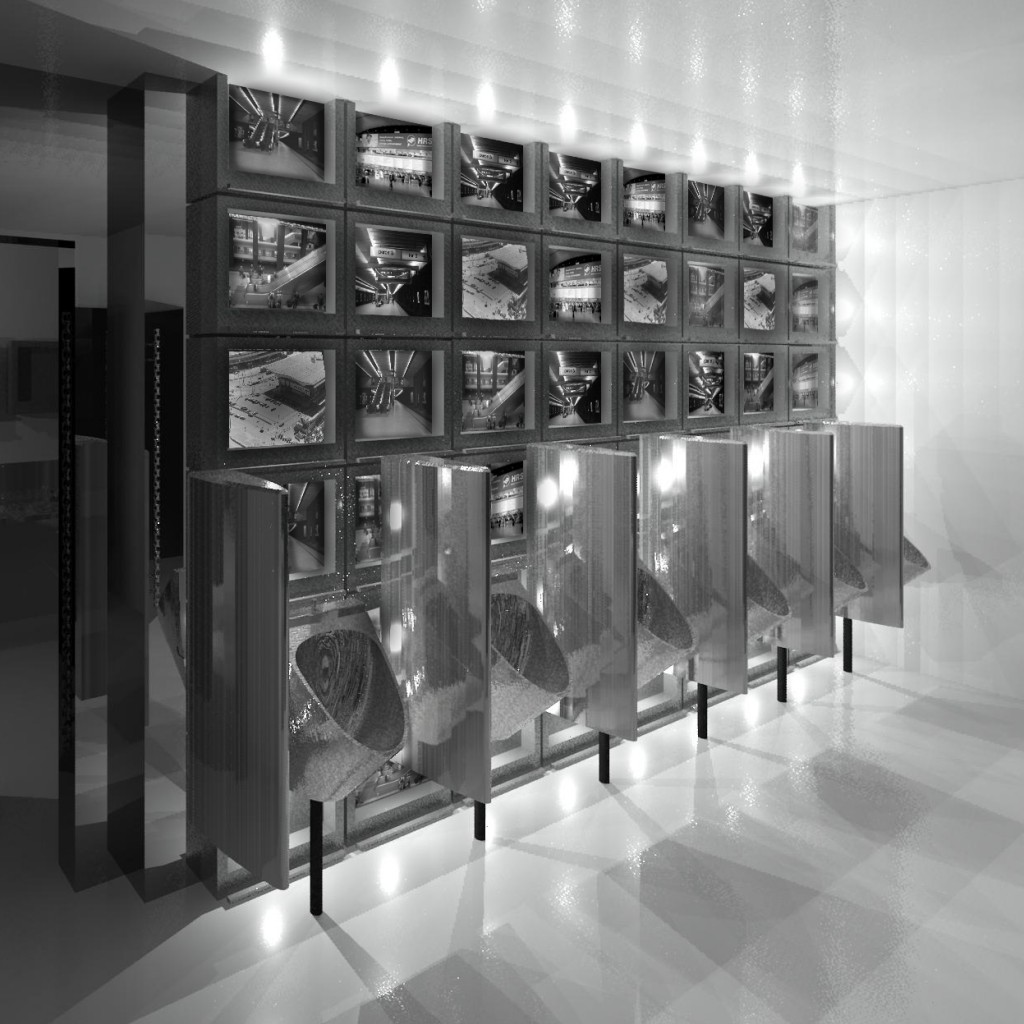