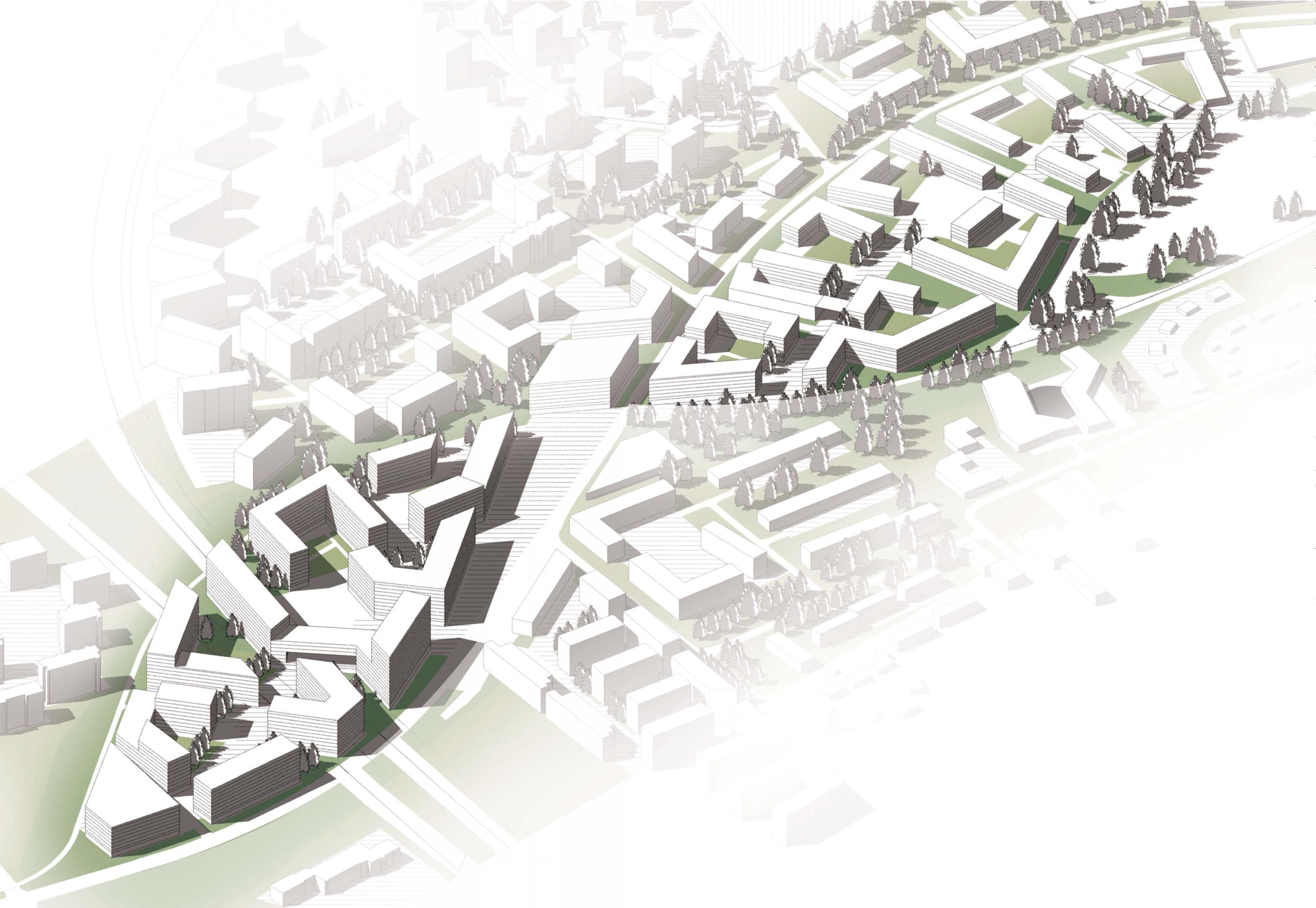 The planning area is located to the north of the city centre, part of the road Kemintie between Alppila, Isko, Välivainio, Tuira and Puolivälikangas districts.

The basic idea of the solution is to make the Kemintie road quieter and narrower by changing the current situation when cars quickly pass by. This is achieved with two intersecting roads (one for cars and one for pedestrians and bikes) that divide the area into two islands.

Ground of the island located closer to the city centre is raised to make a tunnel for the train and Kiertotie road. In the middle of the area there is a public square leading to the culture centre, other quarters have private or semi-private courtyards. Main pedestrian road brings people to the park and sport field located on the second island. Paths connect the whole area giving people good access to each point. On the second island there are raised pedestrian paths and a smaller community square. Next to the park on the opposite site of planned buildings there are school and kindergarten.

Planned buildings on the first island are office buildings, apartment blocks with retails on the first floor and hybrid building that contains a train station, a hotel and offices. On the second island there are apartment blocks, row housing, a shop and a sport centre. Around the planning area necessary infill has been made to make the area more dense.
Parking for the whole area is mainly arranged under the islands. In the first island the ramps leading to parking space are located on the edges of the road, making access easier and more convenient. In the second island, the parking is placed in pockets under the raised walking path with two ramps giving access to it from the main road. 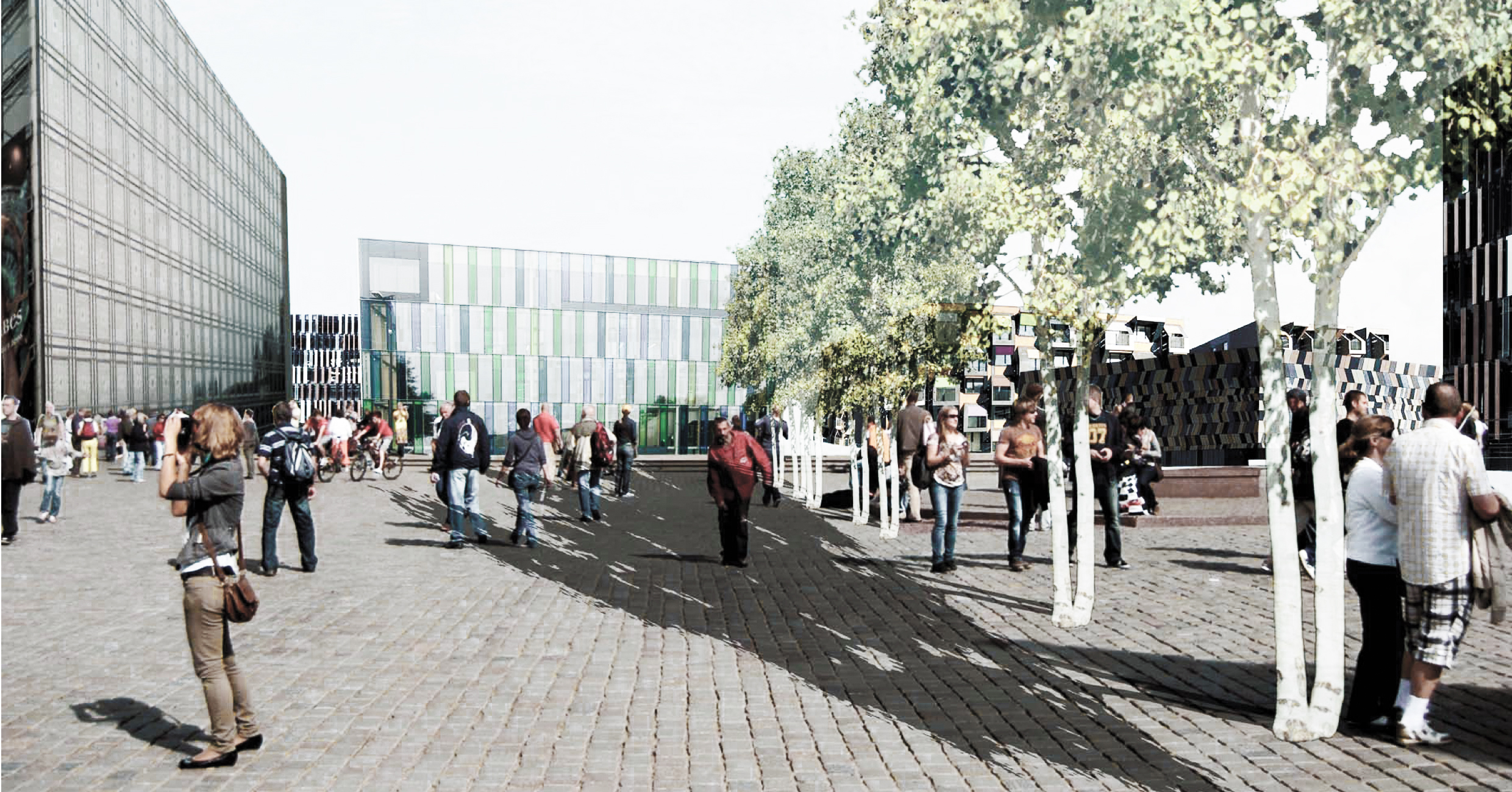 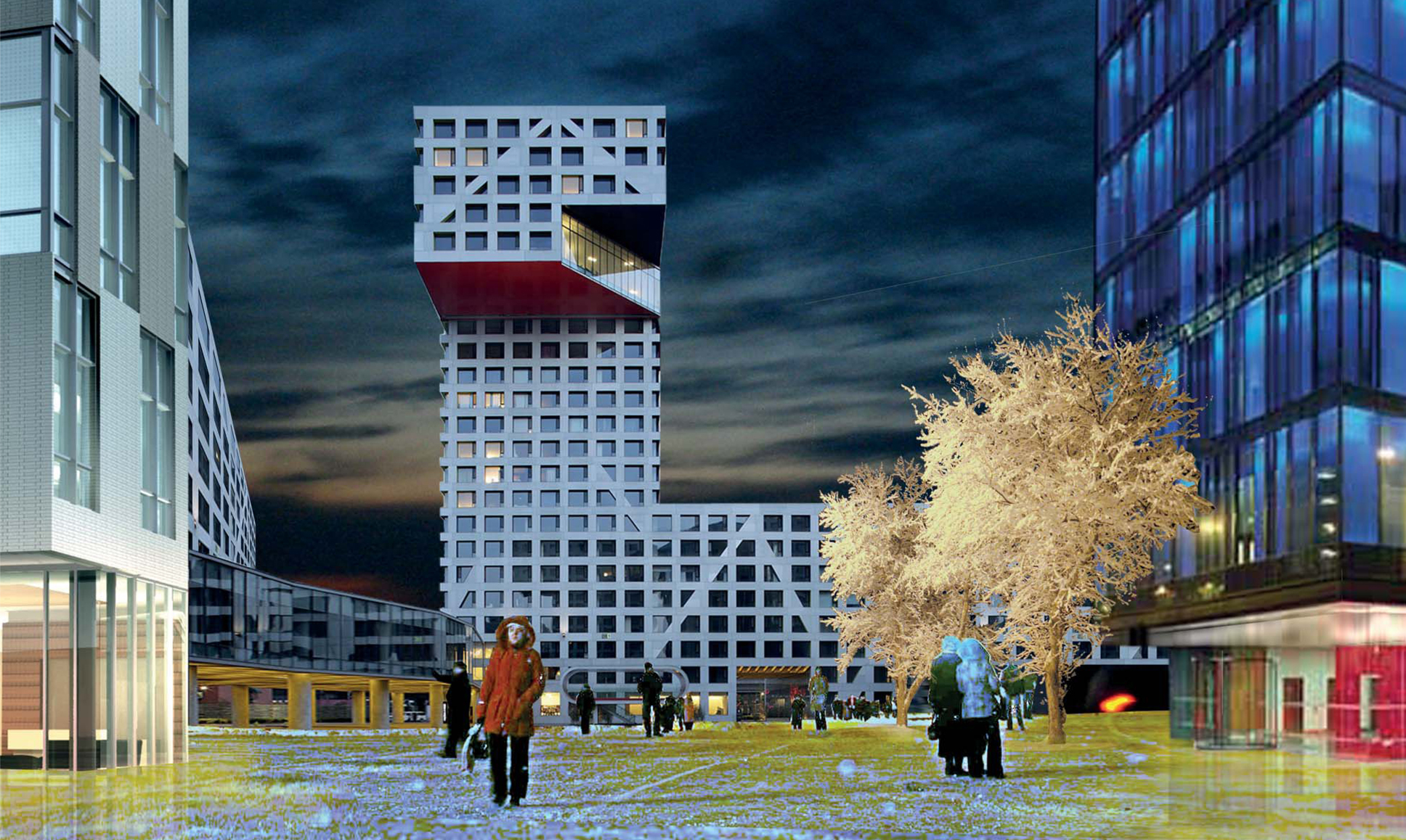