THE INCUBATOR OF CULTURE

The idea of the project was to design the space of various types and spatial programmes, creating conditions for active development of the inhabitans of housing estate “Targówek Mieszkaniowy”, neighbouring districts, and the emerging settlement units at “Targówek Fabryczny”  in the future. INCUBATOR OF CULTURE focused on its main axes with the superlocal public buildings and the places for craftsmen and artists. The planning solutions adopted to differentiate the nature of the various parts of the development area, allowed adding the sensual experience of the places for future users, simultaneously ordering the space and facilitating easy field orientation.

Links and availability
One of the intersecting compositional and functional axes allowed to link the two most important areas in that region:  “Targówek Mieszkaniowy”(on the north-west) and “Targówek Fabryczny”  (on the south-east). This solution was realised through the separation of the pedestrian-bike way that run through the INCUBATOR OF CULTURE and connected through the underground passage with “Targówek Fabryczny” on the opposite side of the tracks. The similar transition was proposed next to the SKM railway station where the existing pedestrian footbridge was used to communicate the all areas of intertrack at the fork of rails. It gave the smooth connection with the rail transport and “Targówek Fabryczny”  .

Public space
The main public space of “INCUBATOR CULTURE” created of a Square with a Chimney and two mutually perpendicular axes intersecting in the square. They brought together a full range of programs with main public buildings, allowing to hierarchy of the space and crystallization of a semi-private areas bathed in the green park. Axis parallel to the Radzymińska street started from the Museum Square, then combined with Park and Sports area, and intersected with the Chimney Square; further it continuitied as the shopping street, and ended the Market Square.

Axes and openings
All axes and openings are closed to create a pleasant atmosphere of the central. The only open-axis, ending on the opposite side of the railroad tracks is the main pedestrian route connecting “Targówek Mieszkaniowy” and “Targówek Fabryczny” . This treatment promoted the visual connection of both separated areas. 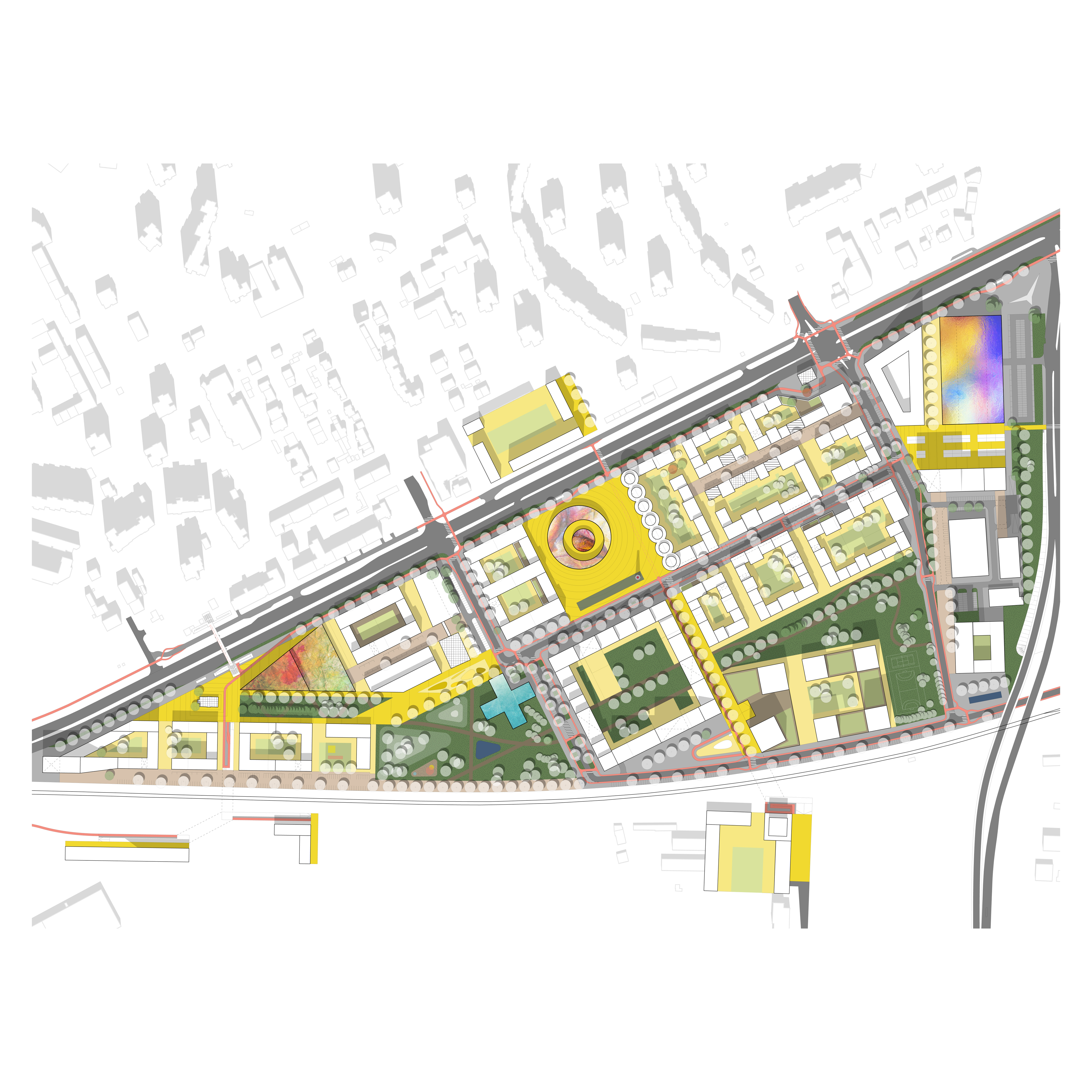