The topics of the classes concerned the design of an interactive urban space in the ludic trend.
At the beginning, the students were introduced to the subject of interactive architecture and the structured approach to design according to the 5W + H methodology, which the students then had to implement in their work on conceptual ideas.
The group was divided into 4 teams, each of which developed a proposal for one interactive development element in an individually selected public space in Warsaw. The essence of the task was to diagnose a spatial or social problem that a given team wanted to solve with its design proposals.
Group 01 saw the problem of the lack of a suitable place in the city where people with different views could vent their emotions and shout out their reflections and beliefs so that everyone could hear and see them. Therefore, the group proposed a sound and light element in the space under the Świętokrzyski Bridge, reacting to the timbre and the loudness of the orator’s voice in a properly designated point. The authors decided to use the rhythm of the bays forming the lower structure of the bridge as a large scale, on which the voice scale would be visualized through appropriate lighting (the more spans highlighted, the louder the voice) and its emotional intensity (the more convinced the person is, the more intense the color of the lights) . Thus, an important element rivaling space has been proposed, which would allow “Scream out” and at the same time would connect users on both sides of the bridge, engaging in a fight for words. At the same time, this installation would have the value of a deep artistic message, showing the way of conducting a discourse without the possibility of hearing each other.
Group 02 drew attention to the problem of long fences necessary for shaping such urban attractions as zoos. Using the example of the space at Ratuszowa Street and Wybrzeże Helskiego in Warsaw, they emphasized that the shaped fence line at the zoo creates an unfriendly urban barrier that also affects the perception of the surrounding space. The students therefore proposed to use the vicinity of the animal runs to create interactive panels placed at a certain distance instead of the fence spans and displaying animated images of animals nearby. According to students, introducing attractions that allow passers-by to interact with animated reminiscences of their favorite animals will positively affect not only the reception of space, but also the functioning of a closed garden for people without tickets. Virtual animals would react to the movement and behavior of recipients, allowing them to tame and play together. This method of gamification of space is a method proven by LAX to activate urban spaces and there would certainly be a chance to achieve the goal of this project.
Group 03 focused on the roads leading “to” and “from the Vistula Boulevards. They noticed that the numerous side streets leading to the dominant public space are rarely frequented. In order to encourage users of urban space to change their walking habits, they proposed introducing a simple animation on the fences and walls of these streets, inspired by the Italian series “La Linea”, popular in the 70-90s. The “stick figure” displayed in their project would accompany selected passers-by, stumbling over existing in space, pillars, curbs, litter bins, etc. and hitting protruding letterboxes, windows, etc. different behaviors and directions of movement, thus creating an infinite number of interaction scenarios. Depending on the activity of the recipients (runners, walkers, cyclists, families with children, the elderly, people with dogs, etc.), the behavior of the protagonist would be adjusted accordingly.
Grupa 04 proposed to create an interactive river in the pedestrianized Stefan Wiechecki Wiech Passage in the center of Warsaw. She noticed that this space has a purely transit character, despite the fact that it is separated by commercial pavilions from the highly motorized space at ul. Marszałkowska, and there aren’t many urban activities going on there. The intention of the group was therefore to give a playful character to the floor shaped into river meanders, which, depending on the season, would react with appropriate animations to the movement of passers-by. In summer, it would create waves of water flows between the feet of space users, and in winter, it would create cracks under the shoes as if you walk on thin ice. Students also noticed the potential of such a shaped public space as a material for the creation of further play and interaction scenarios by other artists in the future, as well as the possibility of adapting to festivals and cultural events. The animation can imitate, for example, the flow of hot lava, giving future artists a wide range of possibilities. 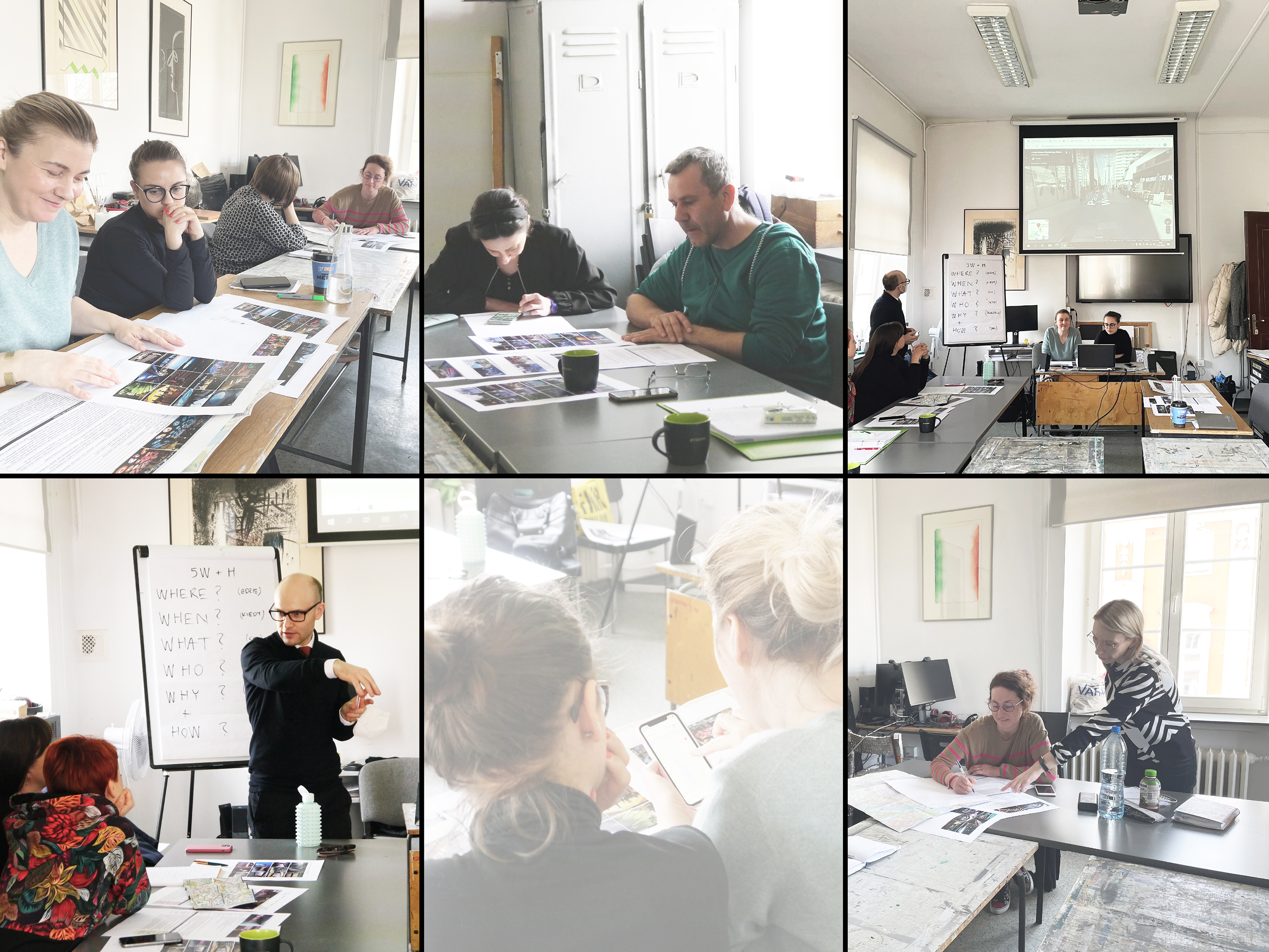