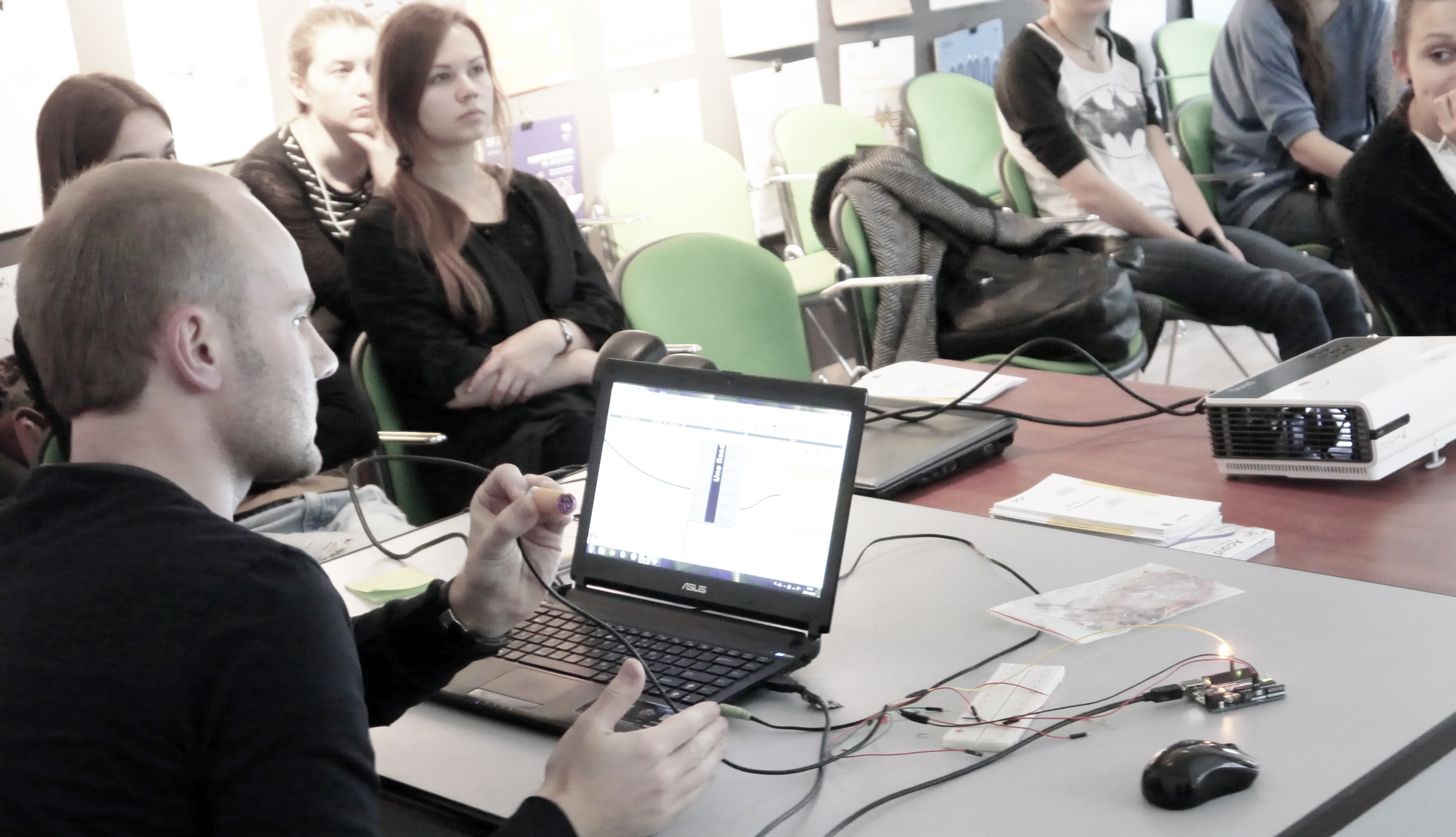 First part of the project „ lets talk!” was a series of seminars about Interactive Environment and architecture, urban design, novel technologies and psychology. During the Festival, three meetings was held showing the theme of Interactive Architecture. Introductory lecture „Interactive Architecture and human”was not only about pragmatic aspect of architecture but focus also on human issue in interactive spaces, whose role is not using but creating. At the next talk „Interactive city”, participants was brought to the present technological development that is implemented in cities structures ( AI, IoT, Nanotechnology, Nanomaterials, Ubiquities computing) and in the closest zone of human daily life. At the end of 1st part of LOOP, at the lecture „Technology in Interactive Architecture” the fundamental elements, which enable to alive spatial space, were presented and tested by entrants.